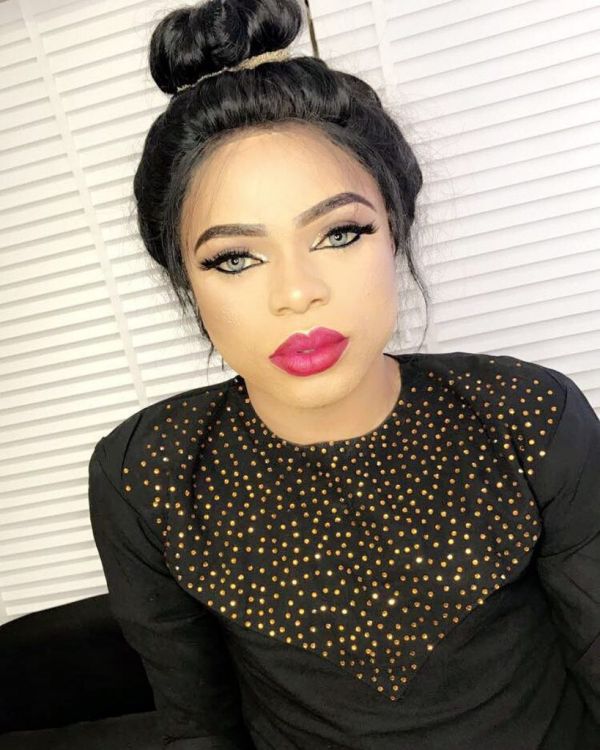 Mr Edgal Imohimi, the Acting Commissioner of Police Lagos State has said that he is not aware of the arrest Nigeria’s sensational cross-dresser Idris Okuneye aka Bobrisky.

The news of Bobrisky’s alleged arrest, with photos of someone purported to be the cross dresser, was the hot topic trending on various social media platform on Wednesday.

The Acting Commissioner of Police speaking with Vanguard asked: ‘Ask him who arrested him, we or to say I don’t know about the arrest, and the command did not arrest him and more so he has no problem with us.” More so the Mrs Dolapo Badmos, Zone 2 Command Police Public Relations Officer said she was  not aware of the arrest and that  perhaps  the  arrested was not by the police as it is so claimed  on  social media.

Reports have it that the alleged arrest of Bobrisky who is also a Snap Chat freak, may be connected to his recent write up, “Yes (I’m) gay” in an Instagram post which he later deleted. Bobrisky became recognised by being highly controversial on social media. He was able to gather traffic to his Snapchat account when he claimed he had a lover who is assumed to be of masculine gender. By virtue of his character introduced, he into the Nigerian society a set of ethics and morals which are not aligned with the norm Nigeria He has been received with mixed feelings as he has a fair number of fans and critics alike.

He finished his secondary school education from King’s College, Lagos. He also attended graduate school at the University of Lagos, (UNILAG)