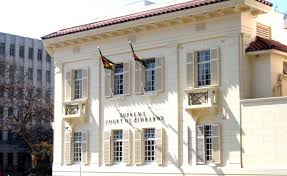 The Supreme Court said reasons for the judgment would follow in due course.

Vice-President Emmerson Mnangagwa, who was cited as the third respondent, was against the JSC interviewing the prospective Chief Justice, saying the procedure to choose Chidyausiku’s replacement “presents serious challenges when it concerns the appointment of a Chief Justice”.

Mnangagwa had argued Justice Hungwe was correct in granting an interdict to stop the interviews for the Chief Justice pending the amendment of the Constitution.

“There is no way a responsible judge could have ignored evidence from the Executive indicating its intention to correct a patent defect in a constitutional provision,” he had argued in his court papers.

Justice Hlatshwayo questioned whether it was good governance to suspend a constitutional process pending an amendment, which Parliament could still reject.

The ruling means President Robert Mugabe will have to choose a new Chief Justice from a list comprising Deputy Chief Justice Luke Malaba and Justices Rita Makarau and Paddington Garwe.

However, the government may still proceed with a constitutional amendment to give Mugabe the sole power of selecting the Chief Justice, Deputy Chief Justice and Judge President.

Prior to the court making a decision, University of Zimbabwe student, Romeo Zibani, who had been cited as the first respondent by the JSC in the appeal, was barred from participating in the hearing after the judges ruled he had not filed heads of argument to enable him to be part of the proceedings.

Zibani had, in December last year, won a High Court battle after Justice Hungwe ruled in his favour, before the JSC appealed and went ahead with the interviews.

But, when the matter commenced in the morning, Zibani’s lawyer, Advocate Sylvester Hashiti, who was instructed by Jonathan Samukange, sought a postponement of the matter, saying he wanted to file an application to lift the bar, but his application was thrown out.

“I am applying for the postponement of this matter to enable me to obtain affidavits from responsible parties, since I cannot give evidence from the bar in applications of this nature,” Hashiti said.

After prolonged interaction with the court, Hashiti eventually reluctantly conceded he remained barred: “I have no other submissions, as I cannot be of any assistance to the court. I stand barred because I cannot give evidence from the bar.”

During the proceedings, tempers almost flared between the JSC’s lawyer, Addington Chinake, and Hashiti after the former, in his response to the latter’s application for postponement, remarked that some legal practitioners lacked professionalism in their conduct because they considered themselves “super lawyers”.

“We are officers of the court and we have an obligation to represent our clients meaningfully,” Chinake said.

“It is not a practice of lawyers to be choosing when to stand trials or make applications or to decide when their matters should be heard.

Chinake’s remarks prompted an immediate interjection from Hashiti, who demanded the withdrawal of the statement, before Justice Hlatshwayo chipped in and told Chinake not to be emotional.

“My lords and lady, I do not think it is proper for my learned friend to attack my personal integrity. If that is the case, I will then deal with it outside the court,” Hashiti said.

As the atmosphere remained tense, Justice Hlatshwayo then moved in and made a determination indicating the matter would proceed without Zibani, saying: “The respondent was given an opportunity to make an upliftment of the bar, but he desisted from doing so and even refused to file heads of argument. As a result, the court will proceed to hear the matter.”

As the hearing continued, Attorney-General’s representative, Ephraim Mukucha, defended Justice Hungwe’s judgment, arguing the decision was based on the fact that he had been supplied with evidence to the effect that the Executive was in the process of coming up with legislation to deal with the Chief Justice’s appointment.

However, Mukucha’s submissions failed to find favour with the court, which said the Constitution could not be flouted because of speculation on the impending change in the supreme law.

The reasoning of the court was also echoed by friends of the court, Beatrice Mtetwa’s lawyer, Advocate Tererai Mafukidze, and Advocate Zvikomborero Chadambuka, who was representing the Law Society of Zimbabwe.

The Supreme Court, thus, ruled: “It is ordered that the appeal is allowed with no order to costs. The judgment of the court a quo is set aside and substituted as follows: The application be and is, hereby, dismissed with costs.”

Chief Justice Chidyausiku’s term comes to an end at the end of this month.