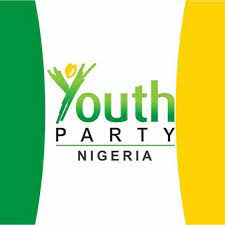 The Federal Court of Appeal, Abuja Division, has upheld an Abuja High Court’s decision to reverse the deregistration of Youth Party by the Independent National Electoral Commission, INEC.

Justice Inyang Ekwo of the Federal High Court, Abuja, had in October 2020 ruled that INEC breached the party’s right by registering it in spite of a pending suit filed by the party against the electoral umpire; a ruling that has now been sustained by Justice T.Y. Hassan of the appellate court. Lead counsel to the Youth Party, Barrister John Ochogwu told newsmen in Abuja that the action of INEC was unlawful ab initio and called on the Professor Mahmood Yakubu-led commission to obey the rule of law now that an appellate court has upheld the earlier ruling. He said: “After the conduct of elections in 2019, INEC, the umpire deregistered some political parties. Ours, The Youth Party was one of the parties deregistered. Before the deregistration of our party, there were publications on social media giving indications that INEC was going to deregister some political parties for failure to win at least a seat in the general election.

When our attention was drawn to those publications on social media, we went to court and filed an originating summons before the Federal High Court, Abuja Division, presided over by the Honourable Justice Ekwo. “We also filed a motion seeking to restrain INEC from deregistering us pending the determination of the suit we filed. While the matter was pending before the court, we served them all our processes, some of which they responded to. Unfortunately, while the matter was pending in court, they proceeded and deregistered Youth Party, as a political party in Nigeria. We immediately drew the attention of the Presiding judge to that development and he gave them time to revisit their decision but unfortunately, they stuck to their gun. “The matter was adjourned for judgment and judgment was delivered in our favour and the deregistration was set aside by the Honourable Judge. Now following this judgment, INEC appealed before the Court of Appeal, Abuja.

Naturally, we also joined issues with them, and arguments were taken on the 17th of February 2021. Monday, we got notice that judgment was going to be delivered virtually today (Tuesday). The Presiding Judge, Honourable Justice T.Y. Hassan, delivered another judgment today (Tuesday) wherein the deregistration by INEC of our party was set aside.”

An elated Ochogwu added that “technically, the decision of the trial court was upheld. As it stands today, the Youth party is one of the registered parties in Nigeria. The court expressly reprimanded INEC for taking steps in a matter that was pending in a court of law and said it was an extra-judicial action on the part of INEC and a disrespect to a court of law.

Similarly, a member of the party’s executive committee, Chief Ogala Osoka said for the sake of emphasis, YP was not one of the 74 parties deregistered by INEC a few months ago, noting, however, that following the ruling of the appellate court, the umpire needs to now abide by the decision. “We are aware of the Supreme Court judgment regarding some other political parties.

One of the issues is distinguishing that case from this one which the trial court did and the Court of Appeal has upheld as well.

The position of the law now is that the other parties that were deregistered, their deregistration was upheld by the Supreme Court, whereas our case has been distinguished and set apart.