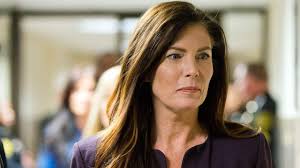 NORRISTOWN, Pa. — She was a rising Democratic star. She was the first in her party to be elected state attorney general. She was one of the most powerful women in Pennsylvania.

A jury found Ms. Kane, 50, guilty of nine criminal charges, including perjury and criminal conspiracy, convicting her of leaking grand jury information, and then lying about it, in an effort to discredit a political rival.

Ms. Kane was caught up in a web of scandal and counterscandal, threaded with lewd emails, political rivalries and alleged leaks. It has cost other state officials, including two State Supreme Court justices, their jobs and Ms. Kane her law license, although she has remained on the job as attorney general.

Ms. Kane stared straight ahead as the word “guilty,” uttered decisively by a juror in a flowered dress, echoed nine times around the courtroom. The lawyers immediately went into a private conference with the judge, leaving Ms. Kane, who campaigned on a promise to uncover political interference in Pennsylvania, alone at the defense table.

And when Judge Wendy Demchick-Alloy returned to the courtroom, she turned directly to Ms. Kane with a stern warning, her words slicing through the silence.

“There is to be absolutely no retaliation of any kind against any witness in this case, either by your own devices, from your own mouth or your hand, or directing anybody to do anything,” the judge said. She threatened Ms. Kane, who is currently free on bail, with immediate incarceration if she failed to comply.

After the verdict, Gov. Tom Wolf immediately renewed his call for her to step down. “The Office of Attorney General and its employees, as well as the people of Pennsylvania deserve to move on,” Mr. Wolf said in a statement.

Gerald Shargel, a lawyer for Ms. Kane, said a decision about her job would be made in the coming days.

Ms. Kane was elected in 2012. The first half of her tenure was marked with moments that she claimed as successes, like closing a loophole in gun laws. But she soon became embroiled in scandal, in a state with a rich history of them.“It turns on the perception that she abused her power. She is the chief law enforcement officer for the Commonwealth of Pennsylvania,” said David Zellis, a former prosecutor in Bucks County who has observed the trial but is not involved. He added, “I think that it’s turned the whole criminal justice system in the state upside down.”

To her detractors, she had abused her power and broken the law; to her supporters, she had rousted the state’s old-boys’ network and become a victim herself. But in court, she was silent: Though her defense team cross-examined the prosecution’s witnesses, it rested without calling a single one of its own.

Ms. Kane, who faced nine charges, including two felony perjury counts, criminal conspiracy and obstruction, was accused of leaking secret grand jury documents to the news media in an effort to discredit the prosecutor Frank Fina, and then lying to cover it up.

“‘This is war,’ the defendant’s words,” said the lead prosecutor, Kevin Steele, in reference to an email written by Ms. Kane. “Wars have casualties. Wars leave scars.”

Earlier Monday, in a nearly two-hour closing statement, wrought with text messages, newspaper front pages and grand jury testimony, Mr. Steele painted a picture of Ms. Kane trying to “go on the offensive” after a newspaper article that criticized her for shutting down an undercover investigation into possible corruption by Democratic state representatives. Prosecutors say she believed Mr. Fina was behind the story.

Ms. Kane, he said, sought to leak details from a 2009 grand jury investigation into the financial affairs of J. Whyatt Mondesire, a former leader of the N.A.A.C.P., because she wanted residents to know that Mr. Fina had chosen not to prosecute. She then lied about it when a grand jury investigated, Mr. Steele said.

A defense lawyer, Seth Farber, said the state had not proved its case, urging the jurors not to take Ms. Kane’s words out of context.

“Things that the commonwealth says do not hold up to scrutiny when you look at the actual evidence,” Mr. Farber said, and cast blame instead on two prosecution witnesses: Adrian King, a former deputy to Ms. Kane, and Josh Morrow, a political strategist who was given immunity to testify. “Those are two witnesses who will say whatever they need to in order to protect themselves,” Mr. Farber said, adding, “You would not even buy a used car from one of them.”

Ms. Kane was elected after she campaigned with a promise to review the investigation into Jerry Sandusky, the assistant football coach for Penn State who was convicted of sexual abuse, which was led by the attorney general at the time, Tom Corbett, and Mr. Fina. She did not find evidence of political interference, but Ms. Kane did find that lewd and racist emails had been exchanged by state officials, and began to release them to the news media.

She has said that some in the state’s male-dominated political establishment have concocted her political difficulties to retaliate for the disclosures and to prevent more emails from being leaked.

Judge Demchick-Alloy limited discussion of those emails at the request of prosecutors — a point to which Ms. Kane’s lead attorney, Mr. Shargel, seemed to allude after he left the courtroom.

“We have been denied the opportunity to mount a full defense,” said Mr. Shargel.

Outside the courthouse, Michelle Henry, a prosecutor in the case, said she was “offended” by Ms. Kane’s crimes.

“What she did while she was attorney general — the fact that she committed criminal acts when she’s the top prosecutor — is a disgrace,” Ms. Henry said.

The judge has not yet set a sentencing hearing, but Ms. Kane could face prison time. The two felony perjury charges alone each carry up to seven years in prison.