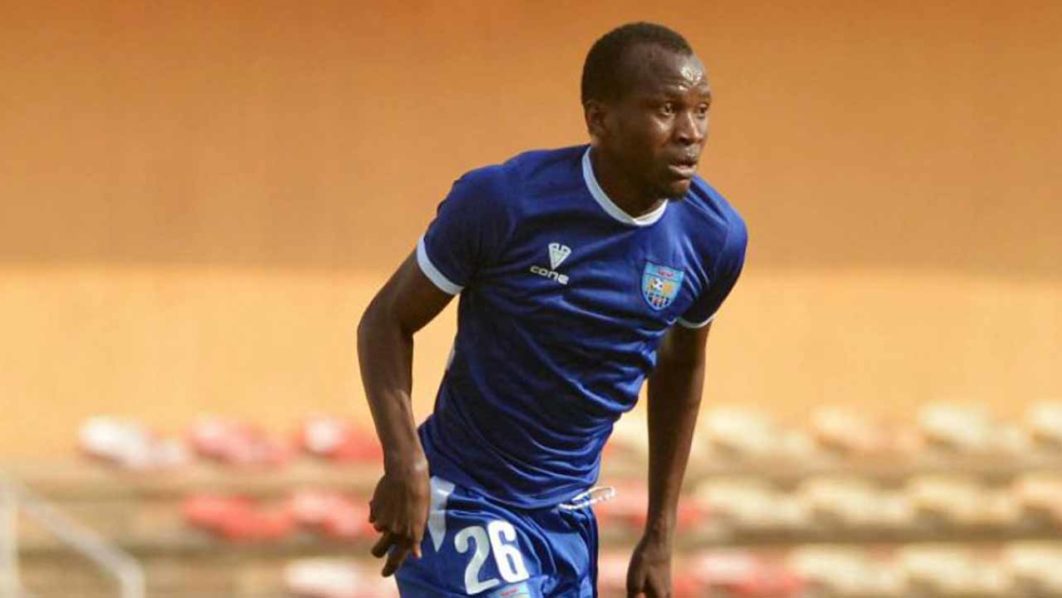 Enyimba Captain, Austin Oladapo, has been handed a one-year ban from football by the Confederation of African Football (CAF) over an alleged doping violation.

According to CAF, Oladapo returned positive for Prednisolone/Prednisone when his urine sample was tested after the Confederations Cup tie against Pyramids FC of Egypt on May 16, 2021.

The ban, according to CAF, commenced on July 4, 2021, the date of notification of the provisional suspension.

CAF wrote in its website: “The result of the player Oladapo Augustine urine test in Bottle “A” which was collected in match N °153 between Pyramids FC (Egypt) Vs Enyimba FC (Nigeria), played on May 16, 2021 in the frame of Total CAF Confederation Cup 2020/2021 was considered positive due to the presence of a prohibited substance “Prednisolone/Prednisone”.

“On June 18, 2021, Nigeria Football Federation (NFF) was informed of the result and asked the player to indicate if he wishes to request the analysis of sample “B”.

“On June 22, CAF received the reply of Enyimba club through NFF indicating that the player has elected to not request the analysis of the ‘B’ sample.

“The club had indicated that any trace of the prohibited substance might have resulted from the prescribed medication the player was on during the same period, and they have communicated the club’s doctor’s report detailing the medications that were prescribed.

“The player Oladapo Augustine was provisionally suspended from all football activities until a final decision is rendered by CAF Disciplinary Board.”

According to medical experts, Prednisone is a steroid that serves as an anti-inflammation, and immunosuppressant medication used to treat allergic disorders, skin conditions, ulcerative colitis, arthritis, lupus, psoriasis, or breathing disorders.