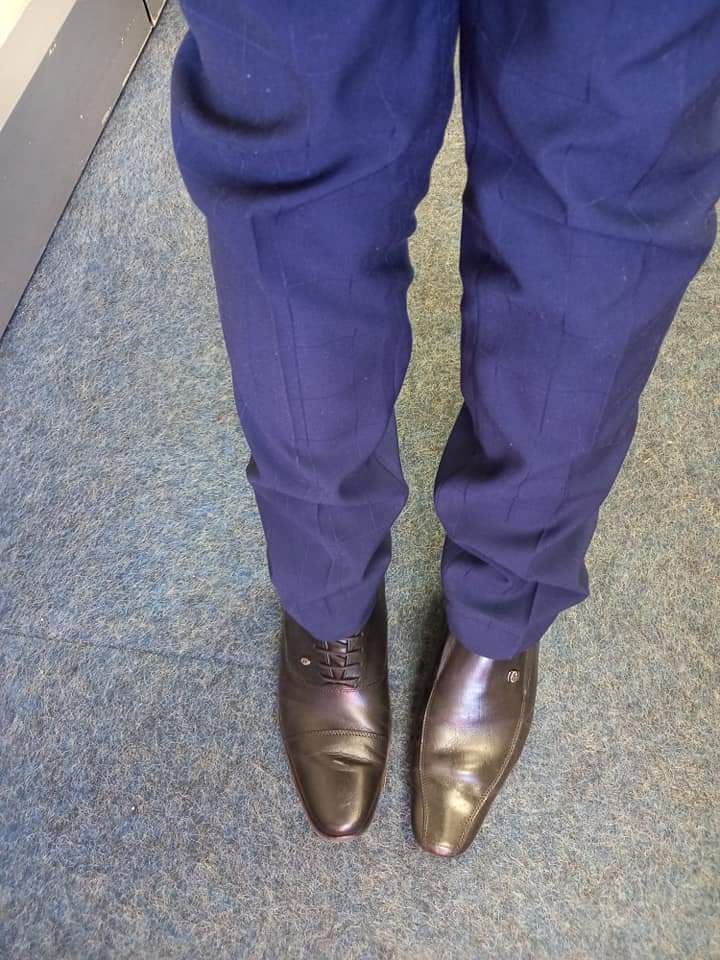 People have responded to the South African Lawyer Mudi Mavhengani who expressed surprise on how he mistakenly wore two different shoes to the office and the court without any of his colleagues pointing out or noticing that he had two different shoes.

“Josephine, you are not alone

I just realized that it’s not only those who are married in community that can’t get their ducks in a row. I have been working the whole day with confidence and I even went to court and laughed with colleagues and friends but none of these idiots told me that I am wearing different shoes.”

In Mudi’s reply to a comment that suggested that people did not point it out because they assumed it was his new style,he said

“Andile Joseph Lesivha maybe they thought that I was showing off, my daughters were waering and playing with my shoes and they mix them up last night, I am not sure if my excuse is reasonable lol”

The post has generated a lot of comments across the continent Courtroom Mail reports.

In another response, he explained “Tseke Matsepe Mphela I was rushing with the kids to crèche in the morning and they are the ones who were playing with my shoes yesterday and they mixed them up, I didn’t even tie the shoe, unlike me, only late around 14h30 when I was walking back to the office I felt that something is not right because the lace was hanging, I tied it and when i turn to to tie the other shoe I realized that I am a clown. Everybody I was with in the office said they didn’t notice a thing until I showed them”