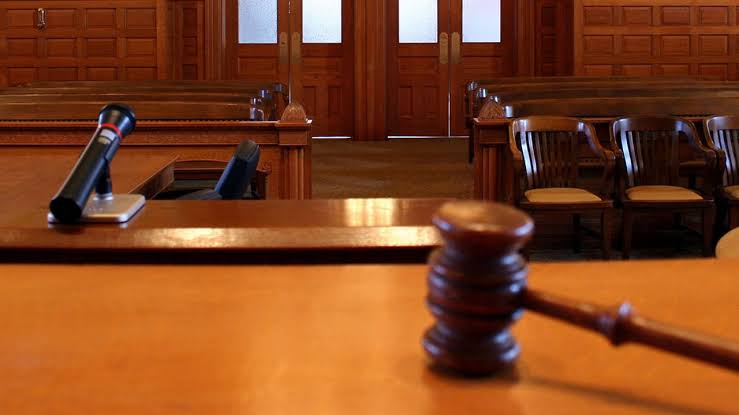 A migrant domestic worker has taken her former employer and a recruitment agency to court in Lebanon over accusations of slavery and slave trading in the first-ever criminal case of its kind in the Middle East.

The plaintiff – a 40-year-old Ethiopian woman identified only as MH – says she was exploited and treated like a slave by the people she worked for, alleging that she was overworked, underpaid, trapped inside and beaten.

A judge in Baabda presided over the case’s latest hearing on Thursday.

Rights groups have long campaigned against the abusive treatment of migrant workers in the region, likening the Kafala (or sponsorship) system used in Lebanon and the Gulf, to modern-day slavery.

Under the system, migrants are trapped and vulnerable to abuse: they cannot change jobs or leave without the permission of their employer, who often withhold their travel documents.

While civil lawsuits have previously been filed to retrieve unpaid wages, this is the first time a worker in the region has pursued criminal proceedings on the grounds of slavery.

The case has therefore been welcomed by international rights groups who said it could expose the “systemic” abuses within the Kafala system they hope to abolish.

The London-based group Legal Action Worldwide (LAW) is representing the plaintiff, who returned to Ethiopia in 2019. Lawyers at LAW said the case could have “huge legal ramifications”.

If the defendants are found guilty they said it would set a precedent “in Lebanon and throughout the Middle East” and potentially open the door to legal redress for many others.

The plaintiff alleges that during her employment, she was completely cut off from the world, locked in an apartment all day and night, and forced to work 15 hours a day for seven days a week, while she was beaten, insulted and threatened.

Her legal team, who have worked on building the case with professors at Oxford University, told The Independent she was only paid for seven of the eight years she was employed.

One of the defendants, her employer May Saade, attended Thursday’s session in Justice Palais, Baabda, Mount Lebanon, but did not address the allegations of slavery. Saade asked for a period of time to assign a lawyer and prepare her defence.

LAW’s Lebanon programme manager Fatima Shehadeh said that the case “has the potential to be groundbreaking”.

“We are arguing that the circumstances that she was living under constitute slavery, slave trade and torture, racial and gender discrimination,” she said.

“If it is successful, it will open the door for many thousands of migrant workers living in similar circumstances across the Middle East to be more encouraged to seek their rights.”

Human Rights Watch (HRW) welcomed the legal proceedings saying that it could help highlight the systemic problems inherent in the Kafala system.

“For many years we have had statements from the authorities saying the system is not the problem but rather a few bad employers giving Lebanon a bad name,” said Aya Majzoub, HRW’s Lebanon researcher who authored an extensive report on the issue.

“Hopefully this case will show that the Kafala system is inherently abusive and exploitative and in some cases, amounts to the most serious abuses of slavery and the slave trade.”

Migrant workers have long been abused in countries where the problematic Kafala system is implemented, but their conditions have only worsened in the economic downturn and lockdowns of the pandemic.

In Lebanon, home to an estimated 400,000 migrant domestic workers, this has been exacerbated by an unprecedented financial collapse.

Migrant domestic workers have not only gone unpaid but have been literally dumped outside their embassies by their employers. Rights groups have reported that in some cases employers have even tried to “recoup” the cost of securing sponsorship papers by “selling them” on.

The Independent has spoken to women who have confirmed that they are trapped in their employers’ houses and have been subjected to verbal, physical and even sexual abuse but cannot leave.

Last month, a harrowing video appeared online showing a Lebanese employer dragging an Ethiopian domestic worker by her hair down the street and beating her in broad daylight.

Despite the well-documented abuses, in Lebanon there are few avenues for justice, explained Majzoub. LAW hope this case will change that.

The plaintiff’s family say that after years of no communication with their relative, they had reached out to the Ethiopian community, activists and lawyers in Lebanon to locate her.

She was finally found and returned home in 2019.
This news was sourced from The Independent