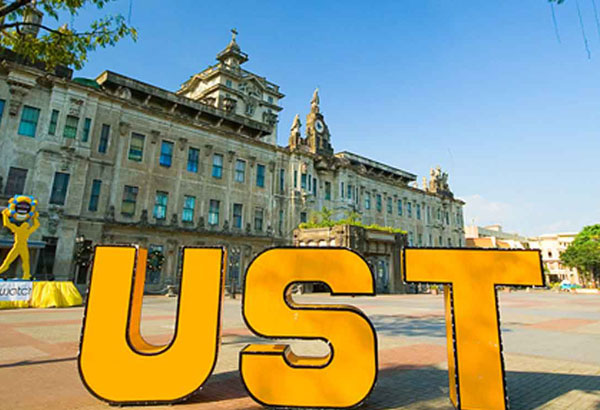 A freshman law student of the University of Santo Tomas died from injuries believed to have been sustained in fraternity hazing rites.

Horacio Tomas Castillo III, 22, was dumped on a sidewalk in Balut, Tondo on Sunday morning. He was brought to the Chinese General Hospital where he was declared dead on arrival.

The student’s father, Horacio Tomas Castillo Jr, is seeking justice for the death of his son.

Castillo said his son told him that he would attend the “welcome ceremony” of the fraternity Aegis Juris, where he said he was a new member.

He promised he would be back on Sunday morning but did not come home.

According to his father, Castillo’s body was bloated and had candle and cigarette marks and bruising.

“He went through extreme pain and suffering,” the father said in an interview with dzMM.

The father said bystanders found his son on the pavement wrapped in a thick blanket.

‘No coordination with faculty’

UST Civil Law Dean Nilo Divina said the “welcome ceremony” of Aegis Juris was not coordinated with the school,

“It was not coordinated with the faculty. We are not aware of such event. We do not involve ourselves in activities of any fraternity,” Divina told Philstar.com in a text message.

Under the Anti-Hazing Law, school authorities must be informed in writing of hazing or initiation rites seven days before the activity.

“The written notice shall indicate the period of the initiation activities which shall not exceed three days, shall include the names of those to be subjected to such activities, and shall further contain an undertaking that no physical violence be employed by anybody during such initiation rites,” Republic Act No. 8049 reads.

Under the same law, “if the person subjected to hazing or other forms of initiation rites suffers any physical injury or dies as a result thereof, the officers and members of the fraternity, sorority or organization who actually participated in the infliction of physical harm shall be liable as principals.”

Divina is an alumnus of Aegis Juris.

“Whatever the cause of and whoever caused his death shall be accountable,” UST CLSC Jonathan Santos told Philstar.com in an online exchange.

He also said that Aegis Juris is not recognized by the UST Office of Student Affairs.

“All we can say for now is that the fraternities and sororities are strictly prohibited by our [Student Welfare and Development Board] in recruiting UST Law freshmen unless recognized by the OSA,” Santos said.

CLSC will hold a prayer vigil for Castillo at the Civil Law lobby at 6:00 PM on Monday.

Members of Aegis Juris were also involved in a brawl inside the university last year with the Gamma Delta Epsilon Fraternity.

Castillo’s death is not the first from hazing, against which a law was passed in 1995.

In 2015, Anthony Javier, a student at the Western Mindanao State University in Zamboanga City died after hazing by the Tau Gamma Phi WMSU-chapter. The year before, De La Salle-College of Saint Benilde student Guillo Cesar Servando was also killed in hazing rites of a chapter of the same fraternity.

In 2013, John Mark Dugan, a 19-year-old sophomore marine cadet at the Maritime Academy of Asia and the Pacific died of hazing. Two San Beda law students — Marc Andre Marcos and Marvin Reglos — were killed in hazing by different fraternities in 2012.