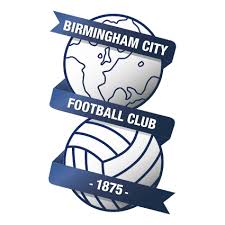 A former Birmingham City football coach has been jailed for five years for sexually abusing a boy of ten.

Mark Ellis, 57, targeted the child in a series of attacks when he lived in Scotland in 1991.

Ellis, who now lives in Birmingham, ran a football team and training school in South Lanarkshire at the time.

The ex-Blues coach was jailed after a trial at the High Court in Glasgow.

Ellis threatened to kill the victim, who travelled nearly 300 miles to confront Ellis at his home in the Midlands a decade later, if he ever spoke about the ordeal.

But he was arrested after his victim, now aged 37, bravely reported the abuse.

Ellis denied the charges and protested his innocence.

No details of his involvement with Blues were known.

Passing sentence, Judge Johanna Johnston QC told him: “You were trusted by his parents, you were treated as a friend of the family.

“You abused that trust in the most grave manner.”

A spokesman for the NSPCC welcomed the sentence.

He said: “Ellis exploited his position of trust to carry out horrifying attacks on a child in his care.

“The victim’s parents had every right to believe their son was in safe hands but instead Ellis used this relationship as cover for sickening sexual abuse.

“Ellis may have thought he had got away with his crimes but he is now rightly behind bars as a result of his victim’s bravery in coming forward.

“It is encouraging that victims of past abuse in football are now finding their voice knowing they will be listened to and supported.”