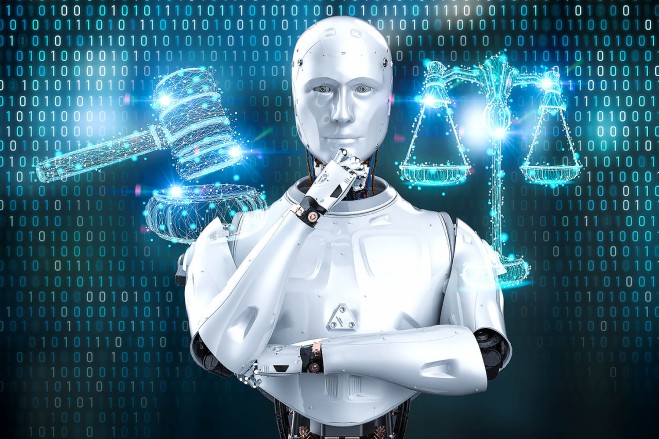 Are you concerned about robot lawyers harming job prospects in the legal field in Nigeria? Or you’re worried about how to outperform a robot lawyer as the opposing counsel in litigation?

At Courtroom Mail, we are actually looking forward to having our learned robot colleagues at the bar, starting with Robot Esq.

Here are seven reasons why you should share in our excitement.

1. You can use the robot lawyer as a power bank

We all know how annoying the epileptic power supply in Nigeria can be. Imagine that your opposing counsel is Robot Esq. Just be friendly and ask it to help charge your gadgets. Robot Esq is likely a nice guy- sorry- machine.

You know that painful tradition where the opposing counsel is asking you to take him to lunch after you have finished dissing each other in court?  A robot lawyer won’t want that. Just buy it one litre of engine oil or a screwdriver.

3. The robot lawyer will do your research for you

You don’t have to do research before going to court. Just mention any case even if it does not apply to your pleadings. Robot Esq will then say “objection my lord” and reel out the full details of the case and help you cite the correct law in open court.

All you have to deal with is a little embarrassment but it’s for a worthy cause, innit?

4. Robot Esq will not beat you up

Recall how many times some lawyers have mistakenly exchanged blows in court?
Also, recall the calms that some lawyers use voodoo (cast spells) in open courts? Well, Robot Esq will be a perfect gentleman- sorry- gentlemachine. It can’t cast spells or beat you up.

Hopefully, no virus or programmer can make Robot Esq malfunction or beat you… Because who will deliver you from a robot?

The point is that you’re now the one in the position to blow powder that will wipe Robot Esq’s chip. Yay!

5. Robot Esq will not snitch on you

You know those counsels who get petty once they are not winning the case and call the judge’s attention to your dressing or even start questioning your license to practice? Robot Esq is highly likely to be engrossed in processing its database during court arguments.

No time to be petty!

All you need to defeat Robot Esq if he’s giving you a hard time is to find a way to run down its battery or shut off its network reception or access. Goodluck finding your way around that though.

7. Robot Esq is about to be real stressed

While you’re seated in a courtroom without ACs, smiling and reading this for some relaxation before the court sits, Robot Esq is scanning through its 2,345,078 judicial precedents on matrimonial causes in Nigeria.
We sincerely hope Robot Esq won’t overheat.

About the Author
Otedola Temilade Owa is a lawyer and content writer who loves food, memes and some books.