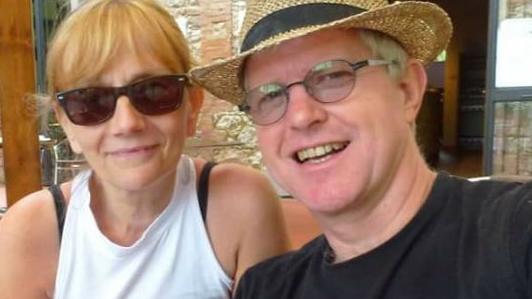 Two suspected militants who took part in the kidnapping and killing of a British optician, Dr Ian Squire, in Burutu area of Delta State, have been arrested by operatives of the Inspector General of Police Special Intelligence Response Team, IRT, while another member of the gang was killed during an exchange of gunfire.

Vanguard gathered that two IRT operatives, ‎Sargent Sanusi Lanre and Sargent Agunbiade Adebayo, also sustained serious bullet wounds on their stomach and hands, during the shootout which occurred in an apartment at Sapele area of the State.

Sources disclosed that, the IRT led by Assistant Commissioner of Police, Abba Kyari, were deployed ‎to Delta State, by the Inspector General of Police, Ibrahim Idris, after receiving reports of the abduction of the optician and three of his colleagues,‎ on 13 October, 2017, by a militant group known as Karowei, in Burutu, Delta State. His colleagues, ‎David Donovan, his wife, Shirley and Alanna Carson, were freed on November 6,2017, after an undisclosed amount was paid to the militant as ransom, having spent 24 days in captivity.

A militant, who was armed with a baretta pistol, was said to have opened fire on the IRT personnel, leaving of them with severe injuries. The operatives were said to have returned fire immediately killing at the spot, while his baretta pistol was recovered. The injured operatives are were rushed to Delta State University Teaching Hospital, DESUTH, Oghara, Delta State, where Sgt Sanusi Lanre, who sustained a bullet wound in his stomach is undergoing emergency Surgery , at the time of filing this report.