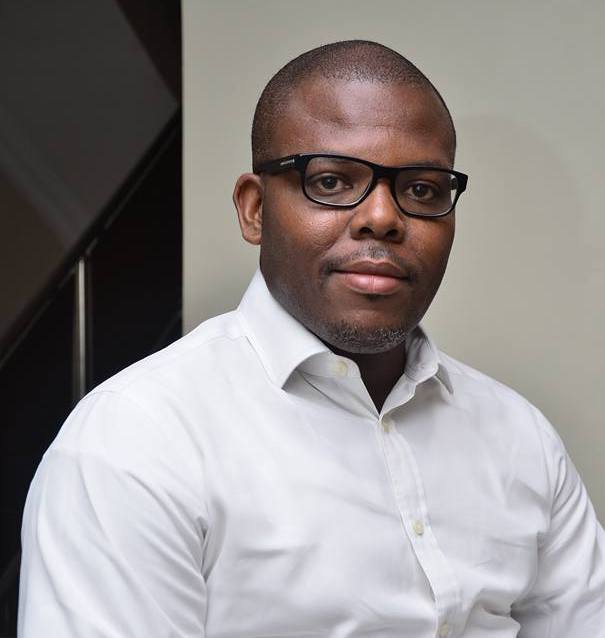 Courtroom mail observes that today marks the 108th day since Chuka Ikwuazom was elected Chairman of the Lagos Branch of Nigerian Bar Association.
In a message to the branch obtained by Courtroom mail,he gives an account of his tenure so far.
The message is as follows
Dear Learned Senior Advocates, Benchers, Colleagues,
It gives me great pleasure to write to you for the first time as the Chairman of the Nigerian Bar Association, Lagos Branch (the “Premier Bar” or “Branch”) to provide an update on the state of affairs in the great Premier Bar. Hopefully, this will be the first of regular updates that will flow from the Desk of the Chairman of the Premier Bar.

The Bar Centre
The Executive Committee of the Premier Bar which I am privileged to chair was sworn in on 27 July 2017. One of the first issues we had to deal with was the dispute between the Branch and the owners of No. 169 Igbosere Road, Lagos (property in respect of which the Branch had paid N50,000,000 (Fifty Million Naira) as part-payment of a purchase price of N90,000,000 ( Ninety Million Naira)). As matters transpired, the owners of the property through their solicitor, Chief F.O. Fagbohungbe, SAN, had maintained that they had offered for sale, and the Executive Committee of the Branch led by Mr. Martin Ogunleye, Esq. had accepted to buy, only a third of the property located at 169 Igbosere Road, Lagos. The Martin Ogunleye-led Executive Committee of the branch on its part insisted that it was the entire plot that it had agreed to purchase on behalf of the Premier Bar.
I am happy to announce that this issue has now been amicably resolved and the N50,000,000 (Fifty Million Naira) deposit made by the Branch returned. On behalf of the Executive Committee and entire membership of the Premier Bar, I thank Mr. Tunde Busari, SAN and all the members of the Committee set up by the Branch to investigate this matter for the important role they played in the resolution of this matter. I also thank Chief Wole Olanikpekun, SAN (whom I approached to intervene) for his role in resolving the matter.
Sign up and get listed for free on the largest listing of lawyers in Africa.It is profitable
The building of a befitting Bar Centre for the Premier Bar remains a pressing need for the Branch and an important objective of our Executive Committee. The most urgent task now is to secure land close to the High Court of Lagos State for this purpose. Our preference is to receive land for the purpose of building the Bar Centre, either from the Lagos State Government or the Federal Ministry of Lands, Housing and Urban Development by way of a gift. Where this is not possible, we will consider buying land for the stated purpose. We call upon any of our members who are able to assist in this regard to do so.

Lekki Land
We also inherited a problem in connection with the land in the Lekki area of Lagos State which the Lagos State Government had given to the Branch as a gift.  In summary, the previous Executive Committee of the Branch had entered into an arrangement with a developer to develop a portion of the land for the Branch in consideration for an outright assignment of 50% of the land to the developer. The Tunde Busari, SAN Committee was also mandated to look into this issue. The Committee has since submitted its report (comprising its findings and conclusions on the Lekki land and the property on 169 Igbosere Road). This report was circulated by the Branch Secretary on Thursday, 9 November 2017. I have also attached it to this mail for the benefit of those who have not received it. At the last monthly meeting of the Branch on 16 October 2017, it was resolved  that the Busari Committee should further engage the developer to see if development terms that do not require outright alienation of any portion of the Lekki land can be agreed.

New Office for the Premier Bar
Following our inauguration, it became immediately clear to us that in order to properly administer the Secretariat of the Premier Bar and provide optimal services to our members, a new branch office is imperative. We immediately reached out to some of our members for support to rent a befitting office for the Branch. We are grateful to the following persons/firms that responded positively to our request for support:
(1)           Mr. Adewale Atake (Templars)
(2)           The Law Crest LLP
(3)           Mr. Uchechukwu Wigwe (Wigwe & Akanbi)
(4)           Mr. Fred Onuobia (G. Elias & Co)
(5)           Mr. Lotanna Okoli
(6)           Mr. Godson Ugochukwu (Fortress Solicitors)
(7)           Aluko &Oyebode
(8)           Mr. Ikechukwu Uwanna
With the generous donations of these members, we have rented an office space measuring approximately 60 square metres on the ground floor of City Hall, Catholic Mission Street, Lagos . We are currently setting up the office and expect that it will be fully set up before the end of next week.
We are also carrying out a staff audit to determine the qualifications, suitability and training needs of the current staff at the Branch office as we seek to reposition the Branch to provide optimal service to our numerous members.
Continuing Legal Education/Knowledge Sharing Sessions
In furtherance of our commitment to ‘invest’ in our members and hopefully increase career mobility by assisting our members to acquire skills that will make them more marketable, we have, through the Branch’s CLE and Mentorship Committee, introduced knowledge sharing sessions as a permanent feature of our monthly meetings. At the meeting in September, we had Mr. Owolabi Salami, a lawyer and graduate of the Harvard Business School and CEO of Ensure Plc speak to us about the opportunities that are available for lawyers in the Insurance Industry. At the meeting in October, we had Mr. Eyo Ekpo, former Attorney-General of Cross River State, former Commissioner at the National Electricity Regulatory Commission and now Business Executive of Transport at General Electric speak to us on the opportunities available in the Power Sector. I must say that we are encouraged by the positive feedback we have received from members regarding the knowledge sharing sessions.

Our November Branch meeting holds next Monday, 13 November 2017. The speaker for our knowledge sharing session is Dr. Nkiru Balonwu, former lecturer at the Faculty of Law, University of Lagos, former CEO, SPINLET (a leading digital distribution platform in Africa) and now, the Managing Partner of RDF,  a consultancy. Dr. Balonwu holds a doctorate degree from the University of California, Berkeley and is admitted to the Bars of Nigeria, New York and England and Wales. She will be speaking to us on the topic: “The Need to Reorder How We Train Lawyers.” She will also talk about opportunities that are available for lawyers in the entertainment industry.
I encourage as many of our members as can to attend and listen to Dr. Balonwu share her insights.
There are many other programmes that the CLE and Mentorship Committee is putting together. One of them, a collaboration between the Branch and PwC to provide tax training to our members, is scheduled for January next year. Details of this and other events will be announced by the CLE and Mentorship Committee in due course.
Administration of Justice in Lagos State
We have offered our congratulations to the new Chief Judge of the High Court of Lagos State, the Honourable Justice (Mrs) O. Oke. We have no doubt that given Her Ladyship’s experience, pedigree and disposition, her stewardship at the helm of the Judiciary in Lagos State will be a resounding success.
In the less than two months in which Justice Oke has been Acting CJ and subsequently, CJ, she has had two useful interactions with the Bar. The first interaction was during the Bar-Bench forum that held on Tuesday, 10 October 2017 as part of the events to mark the commencement of the new legal year. The second was a meeting between the CJ and some of the judges of the High Court of Lagos State on the one hand, and the Chairmen and Executive Committee members of the 5 branches of the NBA in Lagos State on the other. The said meeting held on 31 October 2017.
During our intervention at both events we raised issues around the many challenges with administration of justice in Lagos State including corruption and extortion, arbitrariness and inefficiency of judiciary workers, poor case scheduling, lack of respect for the Bar. The CJ responded positively to these issues and committed to taking steps to address them. We will continue to engage the CJ on these issues through the Judiciary Relations Committee of the Branch ably chaired by Mrs Funke Adekoya, SAN.

Law Dinner
With eager anticipation I inform you about the coming Annual Bar Dinner of the Branch scheduled for 8 December 2017 at the Harbour Point, 4 Wilmot Point Road off Ahmadu Bello Street, Victoria Island. No doubt, the Annual Bar Dinner is an important event of our Branch and rooted in the finest traditions of the Bar. This year’s dinner which will be chaired by Mr. Justice Olabode Rhodes-Vivour, Justice of the Supreme Court promises to be a great evening of exquisite dining and camaraderie. The dinner lecture will be given by Mr. Aigboje Aig-Imoukhuede, former Managing Director of Access Bank Plc, former President of the National Council of the Nigerian Stock Exchange and currently the CEO of Coronation Capital. The dinner topic is: The Economic Outlook in 2018: What Lawyers Need to Know.
Many of you have received our requests for sponsorship of the annual bar dinner. We urge you to pitch in with your support to ensure that we all have a dinner that is befitting of the Premier Bar.
I am grateful to the 2017 Law Dinner Planning Committee chaired by Mr. Anthony Nwaochei, Esq. of the Law Crest LLP for the hard work it is putting toward ensuring that we have the best dinner ever.
Non-Payment of 20% of Bar Practising Fees to Branches
As you are aware, every branch of the NBA is entitled to receive 20% of the practising fees paid by its members from the national leadership of the NBA. This payment has not been made to many branches of the NBA including the Premier Bar since 2016.
I have drafted a letter to be sent jointly by the five branches of the NBA in Lagos State to the President of our Association demanding immediate payment of these outstanding amounts. This letter will be delivered in the coming week well in advance of the NEC meeting scheduled to take place in Uyo from 22 – 24 November 2017.
We intend to raise the issue of the non-payment at the NEC meeting in Uyo and in this regard, we appeal to all our Branch members who are NEC members to attend the meeting and lend their voices to our demand.
Thank you very much and please do have a great weekend and a pleasant week ahead.
Kind regards,
Chukwuka Ikwuazom
(Chairman, NBA Lagos Branch)
Category: NewsTag: NBA by Editor