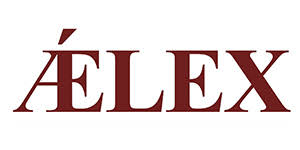 The Legal 500 has ranked ǼLEX as Tier 1 in four practice areas in its EMEA (Europe, Middle East and Africa) 2020 rankings.
ǼLEX stayed in the lead for Dispute Resolution; Energy and Natural Resources; Shipping and Transport; and Corporate, Commercial and Mergers & Acquisitions practice areas.

Nine of the firm’s lawyers were recognised as being proficient and exemplary in their various areas as they were either ranked as ‘Leading Individuals’ and ‘Next Generation Partners’.
The firm’s managing partner, Theophilus Emuwa, was recognised as a Leading Individual in the Corporate & Commercial and Mergers & Acquisitions practice. He was described as a “tax specialist with longstanding experience in the oil and gas, shipping, aviation and manufacturing sectors”.
The Corporate & Commercial and Mergers & Acquisitions team’s experience and skill were highlighted in key transactions, with partner – Chinyerugo Ugoji also ranked as a ‘Next Generation Partner’.
Funke Adekoya (SAN), who leads the Dispute Resolution practice, was ranked as a Leading Individual and described as “being highly regarded for her expertise in commercial and tax dispute resolution, with a focus on arbitration”.
Olanipekun Orewale and Davidson Oturu received strong recommendations and were ranked as ‘Next Generation Partners’ in Dispute Resolution. Olanipekun Orewale was recognised as being “actively involved in the representation of clients from sectors which includes financial institutions, multinational corporations and government agencies in matters concerning winding-up petitions, bankruptcy, debt recovery and corporate transactions at the high court and appellate courts in Nigeria” while Davidson Oturu was recognised as “the lead partner in intellectual property and TMT disputes”.
Soji Awogbade, FEI was also recognised as a ‘Leading Individual’ in the Energy and Natural Resources practice area, which was ranked Tier 1. He was described as “being knowledgeable about the development, supply and distribution of gas and power, and also the associated commercial, environmental and regulatory aspects of projects”.
Partner, Lawrence Fubara Anga, was recognised as a Leading Individual across 3 practice areas – ‘Banking, Finance & Capital markets’, ‘Corporate & Commercial and M&A’ and ‘Shipping and Transport’. His practice was recognised to span across commercial, regulatory advice and litigation in the aviation and maritime fields.
Additionally, Akinloye Ajayi was recognised as a ‘Next Generation Partner’ in Shipping & Transport. He was recognised alongside Lawrence Fubara Anga as professionals “who are dual-qualified to practice in Nigeria and Ghana, and are particularly active in cross-border M&A work in West Africa”.
ǼLEX is a full service commercial and dispute resolution firm with 11 partners and over 60 associates. It has offices across West Africa – Lagos, Abuja, Port Harcourt and Accra. Lawyers are qualified to practice in Ghana, Nigeria, New York, Texas, England and Wales.
ǼLEX was established in 2004 through the merger of the practice of a Senior Advocate of Nigeria and three other leading commercial law firms in Nigeria. The merger established one of the largest and most diversified law practice in West Africa.
The Legal 500’s EMEA guide provides research coverage in over 150 jurisdictions, and over 2,700 ranked law firms with updated, impartial, third party opinion on the leading law firms and lawyers in countries across the regions.